Now, we look at some of the specifications and performance tests for the ZenFone 5 and ZenFone 6. 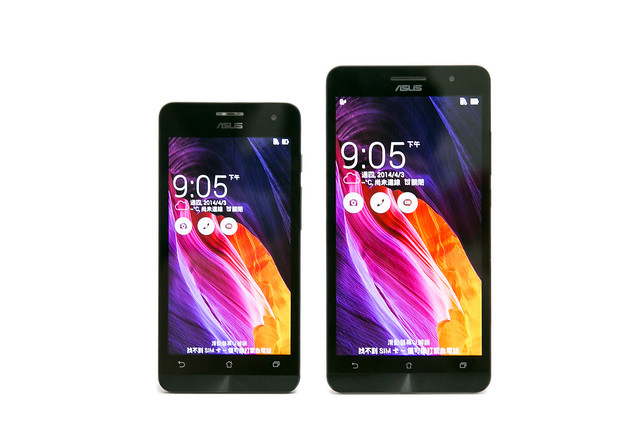 Z5 and Z6 are both 8GB models. After system storage, you are left with 4.99 GB. Fortunately, unlike the Hongmi, there is no separate space for installing apps, which means the entire 4.99GB can be used for apps. Of course, this is not much space. However, photos, videos, and other data files can be moved to the MicroSD card. 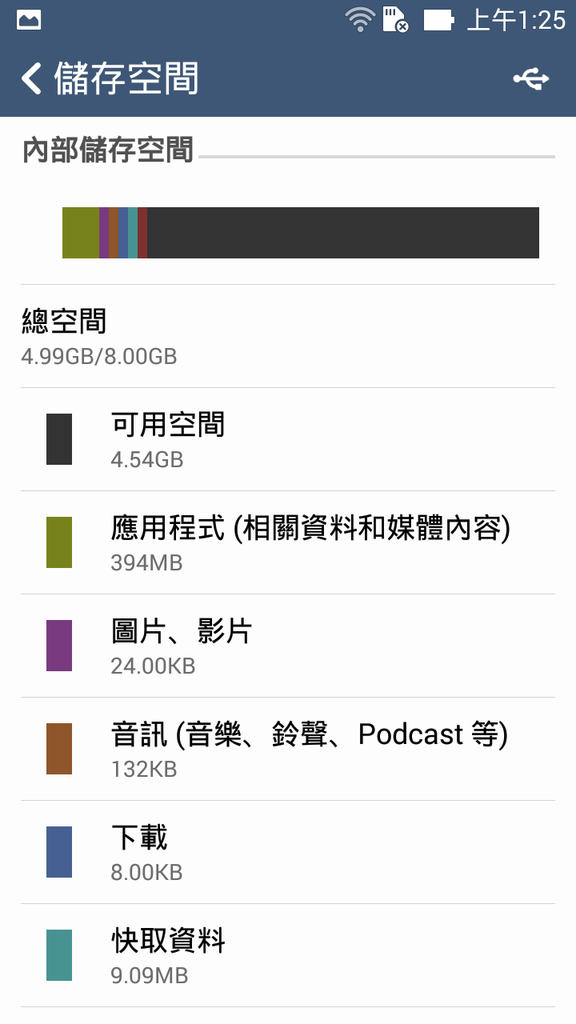 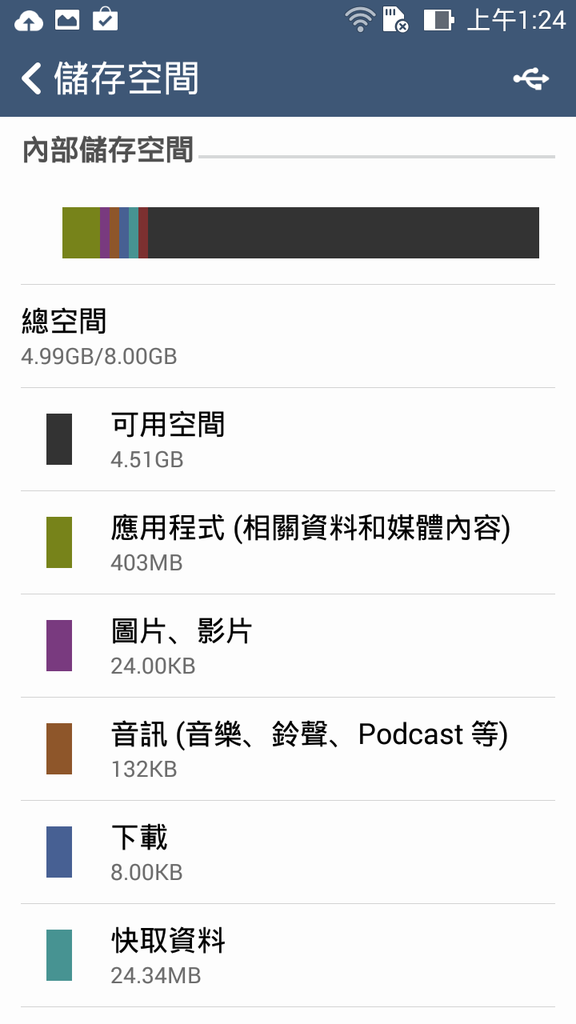 After the Z5 is loaded, about 362MB of the 1GB memory is available, demonstrating that the ZenUI does not eat memory. The phone’s memory management is good, meaning that generally speaking users should not find their phone operating slowly or running out of memory. However, the Z6 offers even more with 2GB of memory, meaning that users should have at least 1GB of spare memory to play with. 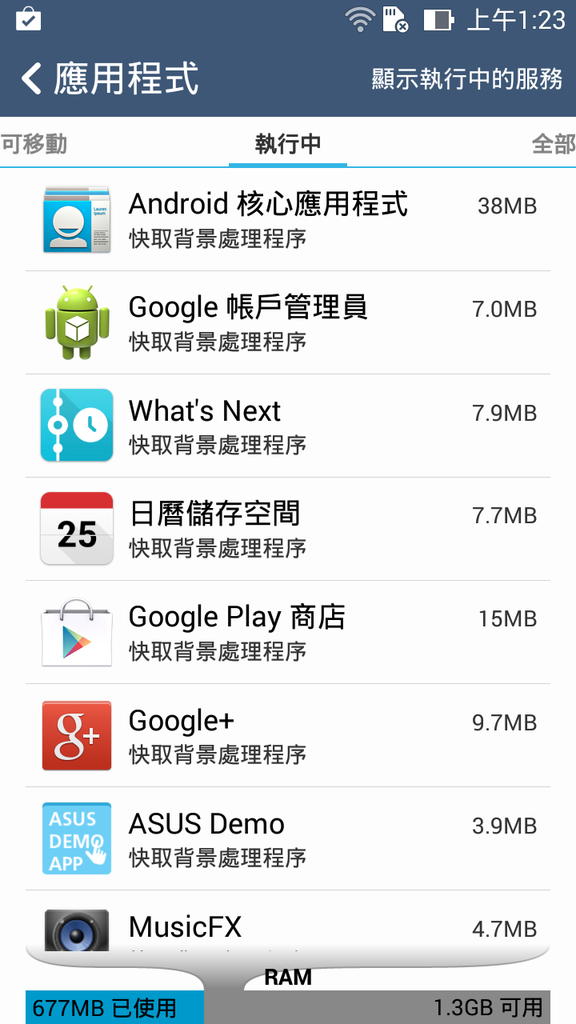 The Intel processor is actually very efficient, and score over 22,000 on AnTuTu, which is very close to the 26,000 score achieved by the Qualcomm S600 quad-core or MTK6592 octa-core processors. At the ZenFone’s low price point, A-hui reckons this is a very good result. When trying it out on some bigger games, we didn’t encounter any many problems.

Actually, on the 3DMark and AnTuTu tests, strangely even though the ZenFone 5 has a smaller memory than the ZenFone 6, it showed a slightly better performance. 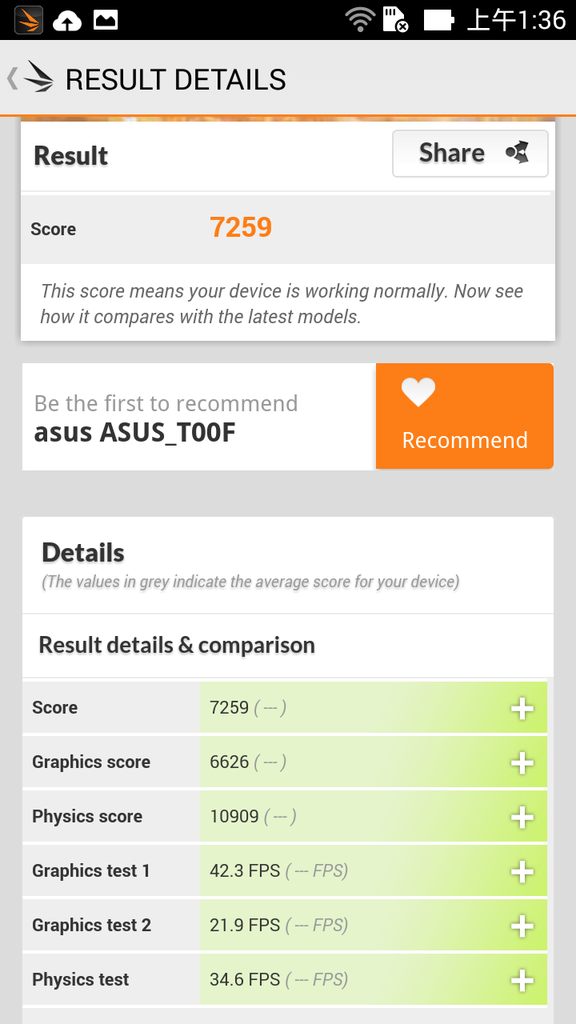 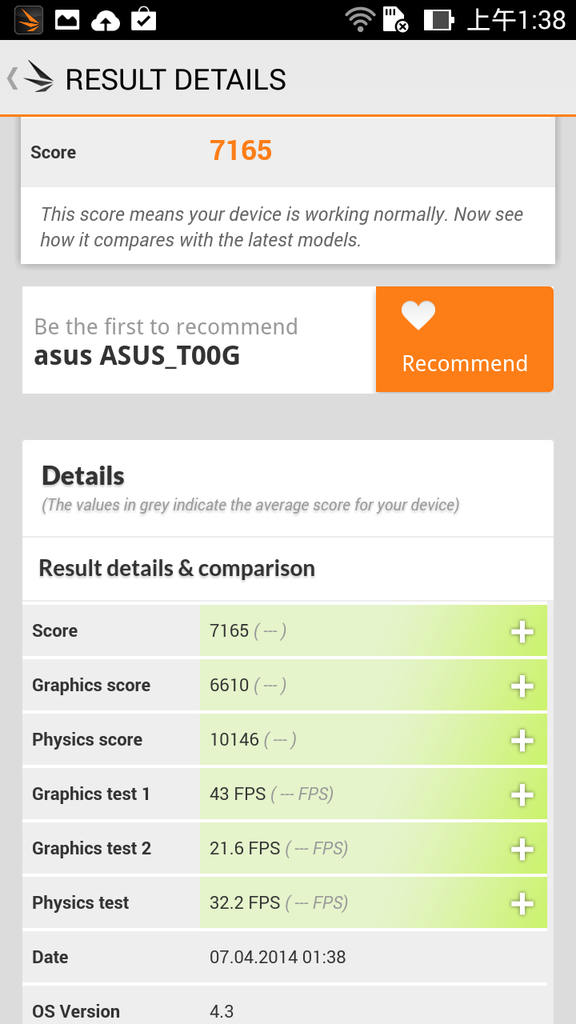 In conclusion, while the Z5 8 million pixel camera produces richer color and slightly higher contrast, the Z6 13 million pixel camera produces higher detail. At average shooting speed, shutter lag is not obvious (a problem that often occurs in low cost cameras). However, in low light situations, shutter speed will be lower. Remember to keep your phone as still as possible.

In the lock screen settings, there is an option to add camera quick launch, which we strongly recommend. After turning on this feature, when the phone is in standby mode, a quick double-click of the volume buttons enables you to quickly access your camera. This feature is very intuitive, and we strongly recommend you keep it switched on.

Quickly double-clicking of the volume buttons enables you to quickly access your camera.

Honestly, A-hui has never seen such a comprehensive camera mode in mid-range phones. Many features found in high-end flagship machines have been incorporated in the ZenFone, including a number of practical shooting functions (there are fewer shooting modes available for the front camera).

You can also continue to take pictures when in video mode

High-dynamic-range (HDR) on and off

Clear retouch mode. The camera will take five shots, so keep the camera as still as possible.

In the case of low light (even when the naked eye sees something close to the image on the left), the PixelMaster low-light mode can be used. When this mode is activated, the number of pixels drops to 3 million. However, in return, the shutter does not need to stay open too long by producing a 400% increase in light sensitivity. The result is fantastic.

The two photographs below show the effects of the low light mode.

The result is also not too grainy, producing a very satisfactory outcome.

Although the ZenFone 5 also features the PixelMaster low-light mode, when this mode is activated, the number of pixels is even low, at only 2 million, meaning an even greater loss of detail. However, the rule is always the same; the most important thing is to get the shot, if you miss the shot then everything else is irrelevant.

We have talked a lot about the ZenFone already, however, there is still one important point to discuss – the new generation ZenUI interface. ZenUI can be regarded as an enhanced version of the Android system, similar to HTC’s Sense and Xiaomi’s MIUI. These software suites provide an enhanced interface and tools based on user experiences. The ZenFone is the first line of phones to incorporate the new ZenUI interface, and it is anticipated that in the future new ASUS phones will also incorporate ZenUI.

Let A-hui show you some of the particularly appealing and convenient aspects of the ZenUI.

ZenUI users a fashionable flat user interface design. Using a currently popular expression, the ZenUI provides a “fresh interface.” Speaking a little more technically, the ZenUI can be described as the native Android UI following optimization. It uses the same operating logic, but is also more friendly and visually attractive.

The built-in weather APP has an excellent feel.

The main function of What’s Next is to deliver “notifications of what’s next to do.” Users simply have to use a Google or Exchange account, and the system will automatically extract the information from the calendar and display a notification not just on the home screen, but also on the lock screen, allowing users to keep abreast of their schedule.

What’s Next also provides a to-do list, and can be synchronized with Google. The simple and easy to use interface is also a key feature of the ZenUI. Events such as missed calls and message replies can be selected to easily move them to the to-do list, facilitating a convenient centralized view and management.

The reading mode from the PadFone has also been adopted for the ZenFone. When using the reading mode, the screen turns to a yellow hue, making reading webpages or e-books a more comfortable experience.

Easy to Use Chinese Input

It should be stressed that since ASUS is a Taiwanese company, the Chinese input is exceptional, offering many features and strong functionality. A-hui also enjoyed the ZenFone’s built-in Zhuyin input method, which feels very close to Chaozhuyin, making it extremely easy to use.

Easy to Use Telephone

Unusually, phone dialing also supports Zhuyin, and is also a special functionality for Taiwan. In addition, another useful feature is that you can easily switch to handwriting mode.

If you are worried about other people accessing your apps, or you want to stop family members from using certain apps (for example to stop them changing your settings or making purchases), the ZenUI includes an app lock function, allowing you to protect apps with a password.

Locked apps will show a lock screen, which asks for a password to open the app.

SuperNote is a note taking app developed by ASUS. The app is outstanding, and allows you to create notes in a variety of ways, including handwritten notes, typed notes, and importing multimedia content.

SuperNote offers many different stroke types, including pen and pencil, and also allows adjustment of color and thickness. You can great results by using your fingers or a simple stylus.

If you don’t have a stylus, it doesn’t matter. SuperNote also allows you to shrink large characters. If you look at the picture below, you can see that even A-hui’s thick fingers can easily take notes.

In ASUS personalized settings, you can set features such as a multi-function button (A-hui often has to prepare teaching materials, so of course he set this to screen capture), notification toggle, and glove mode. You can also choose whether you prefer apps to be installed to the internal storage or an internal memory card, a function that is not currently widely available on Android phones.

The power-saving feature includes three modes. Users can customize screen brightness for different functions or adjust app connectivity based on their own needs. 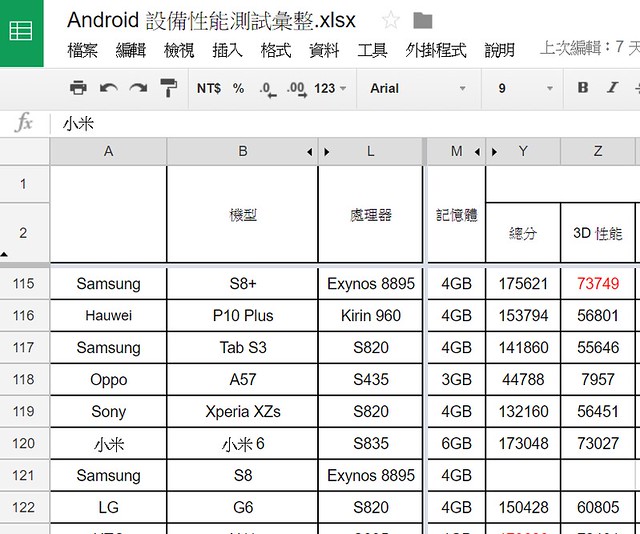